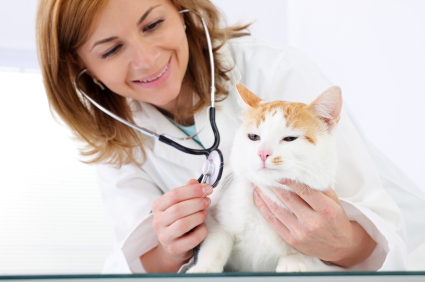 When most of us think of diseases caused by parasites, we immediately imagine exotic tropical infections occurring among the poorest people in sub-Saharan Africa, Asia, and Central and South America. While it is true that the developing countries of the tropics suffer from the greatest burden of parasitic disease, new data accumulated over the last decade has revealed that we also face a very serious problem with parasitic diseases in the United States.

Two of the most common parasitic diseases in the U.S. can be transmitted by our pets.

Toxocariasis is a parasitic worm infection that results from the accidental ingestion of parasite eggs passed in the feces of infected dogs and cats. A study from Connecticut published in 2005 found that more than one-fourth of soil samples from playgrounds are contaminated with Toxocara eggs, while another study published in 2001 determined that 10 percent or more of inner-city children are infected with this parasite. Children are particularly vulnerable to Toxocara parasites, developing fever and damage to their lungs and liver, as well as visual loss. There is even evidence to suggest that Toxocara parasites may be an important environmental cause of asthma and seizures.

Toxoplasmosis is a parasitic protozoan infection that results from either eating uncooked meat or ingesting the parasite cysts excreted by household cats that are in the shedding phase of infection. When this infection occurs during pregnancy it can be passed on to the fetus and cause severe congenital abnormalities including blindness and mental retardation. Up to 4,000 cases of congenital toxoplasmosis occur annually in the United States. Unfortunately, many cases are not detected in time. Currently, only the states of Massachusetts and New Hampshire conduct newborn screening for toxoplasmosis.

Toxocariasis and toxoplasmosis are both treatable and preventable diseases. Unfortunately, parents and even many health care providers in the U.S. are not aware of the extent of these diseases and the simple steps they can take to prevent transmission from pets to their children. The Companion Animal Parasite Council (CAPC) has been established in order to highlight the awareness of these so-called zoonotic parasitic diseases. The Council advocates the importance of reducing the risk of parasitic infection to your family by eliminating parasites from pets through simple treatments from your veterinarian; restricting access of your children to contaminated areas, such as sandboxes, pet “walk areas” and other high-traffic areas; and practicing good personal hygiene. The CAPC (www.petsandparasites. org) also supports stepped-up measures to conduct newborn toxoplasmosis screening in all 50 states.

Most of our pets are infected at some point in their lifetimes with parasites, and there is a real risk that they could be transmitted to children and pregnant women. It is important that parents, veterinarians and health care professionals have awareness of this fact of nature and make the effort to protect our families accordingly.

Category: For The Family