Giardia is a single-celled parasite that lives in your dog’s intestine. It infects older dogs but more frequently infects puppies. Dogs become infected when they swallow Giardia that may be present in water or other substances that have been soiled with feces. 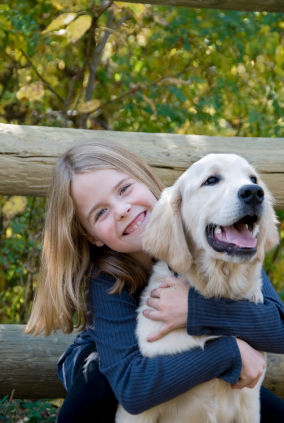 How will Giardia affect my dog?

Many dogs infected with Giardia do not get any disease. Giardiasis, the disease caused by Giardia infection, usually results in diarrhea. Having giardiasis for a long time can cause weight loss; poor condition; and even death.

How do I prevent my dog from getting Giardia?

The best way to prevent Giardia infection is to make sure that your dog has safe, clean drinking water. It is important not to allow dogs to drink water from areas where other animals have left their feces.

To prevent spreading Giardia (and other parasites), pick up the feces left by your dog immediately and place it in the trash. Be sure to avoid contact with the feces by using gloves, a bag over your hand, or a scooping device.

Can humans be harmed by Giardia?

Giardia is a common cause of diarrhea in people, but dog Giardia is not generally considered to spread from animals to humans.  While human Giardia may infect dogs and then be passed on to humans, the majority of human cases are of human origin

For veterinary professionals, more detailed information on Giardia can be found at https://www.capcvet.org/guidelines/giardia/.

Diarrhea in dogs, even intermittent, may be caused by giardia. Because giardia can be transmitted to humans, it is important both to keep your environment free of dog feces and to see your veterinarian for testing and safe, effective treatment if you think your dog may be infected.