Giardia is a tiny parasite that lives in the intestines of various animals. 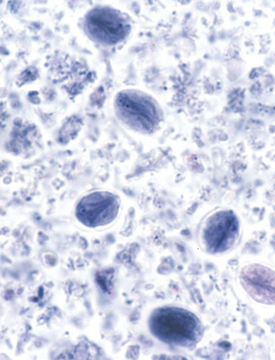 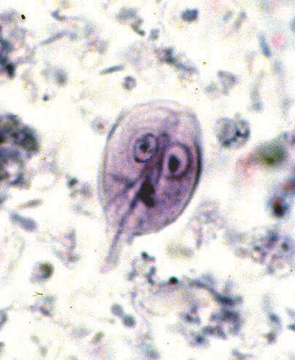 Giardia is passed in the feces of animals in the form of a cyst that is resistant to many environmental extremes.
These cysts are scattered through the environment in feces or fecal-contaminated water. These cysts are infectious
when passed, and upon ingestion by the next host, the encysted trophozoites emerge from the cysts in the intestinal
tract. Within the intestine, the trophozoites feed and multiply. Some trophozoites will then form a cyst wall around
themselves, and those cysts will be passed in the feces to continue the cycle.

How Do Dogs, Cats, and People Become Infected? 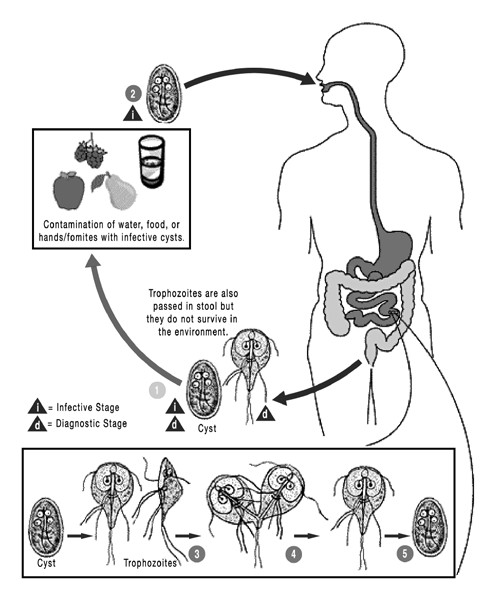 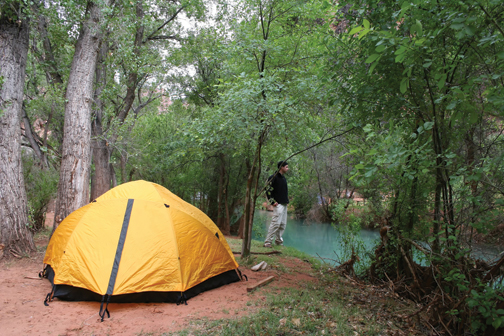 People are typically infected with a human form of Giardia, dogs with a canine form, cats with a feline form, and cattle
and sheep with a ruminant form. People are occasionally infected with a different form that is shared with animals. On
rare occasions dogs and cats have been found infected with the human form. Thus, there is little evidence for direct
transmission from pet dogs and cats to people. However, the rare occurrence of the human forms in cats and dogs
means that there may be a slight chance that they pose a risk as a source of human infection.

To be able to distinguish the specific forms, the veterinarian is required to submit samples for specialized tests.

In dogs and cats, infection with Giardia is usually asymptomatic. Some pets will, however, develop persistent diarrhea. There is usually no blood in the stool.

In people, infection with Giardia also is often asymptomatic. However, some people can develop acute, intermittent, or chronic nonbloody diarrhea. Other symptoms in people include abdominal cramping, nausea, vomiting, loss of appetite, and weight loss.

The Companion Animal Parasite Council (CAPC) is an independent council of veterinarians and other heath care
professionals established to create guidelines for the optimal control of internal and external parasites that threaten
the health of pets and people. It brings together broad expertise in pararsitology, internal medicine, human health
care, public health, veterinary law, private practice and association leadership.